Cellular fibroma of the ovary

What is a cellular fibroma?

A cellular fibroma is a non-cancerous type of ovarian tumour. It develops from the stromal cells normally found inside the ovary. These tumours can range in size from less than 1.0 cm to over 20 cm. It is called a ‘cellular’ fibroma because the density of tumour cells (the number of cells in a given area) is higher compared to the more common ovarian fibroma. 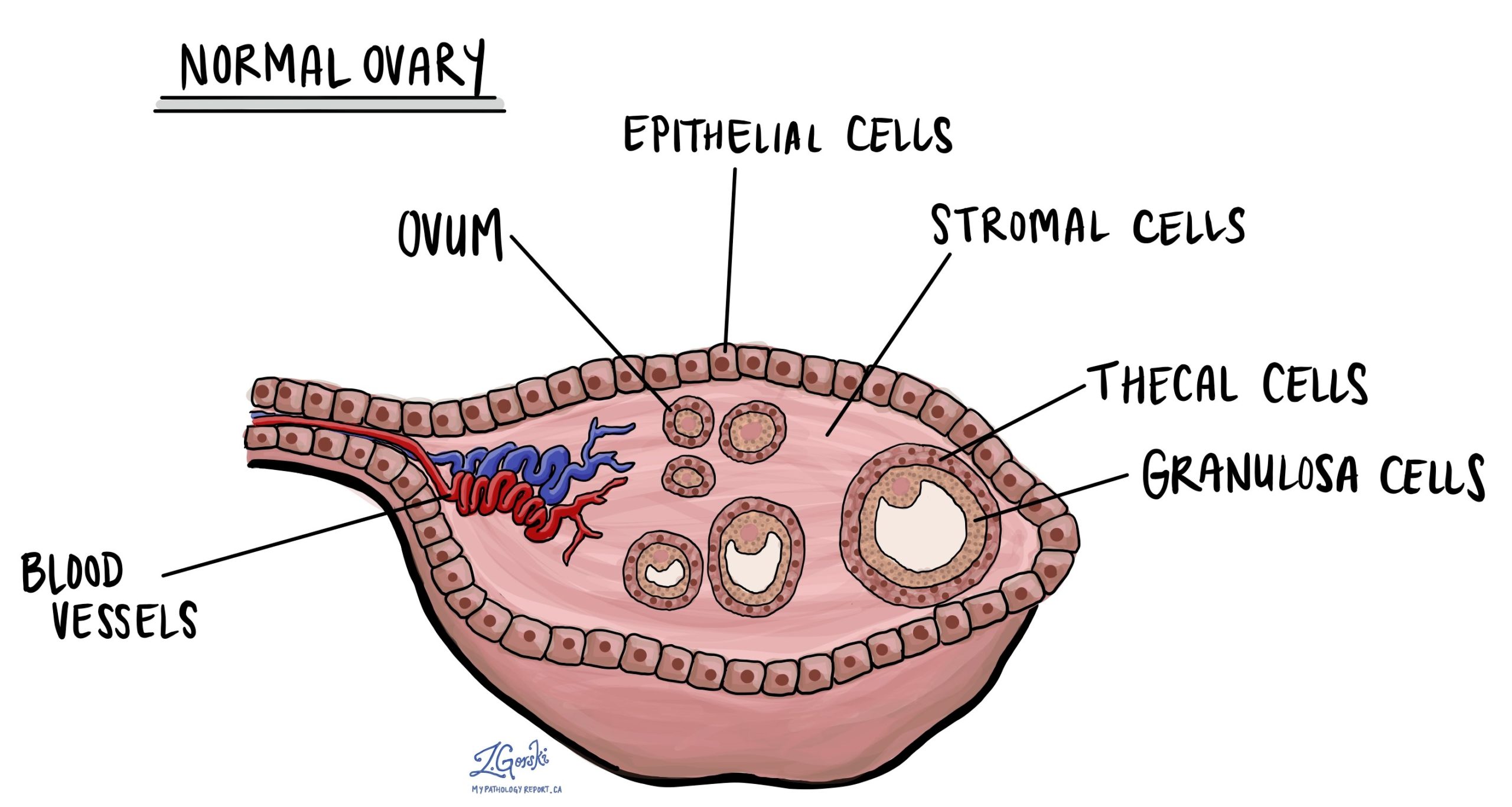 What are the symptoms of a cellular fibroma of the ovary?

Large cellular fibromas can cause symptoms such as pain or abdominal pressure. Smaller tumours may not cause any symptoms are the tumour may be discovered incidentally (by accident) when imaging tests such as an ultrasound or CT scan of the pelvis are performed for other reasons.

How is the diagnosis of cellular fibroma made?

The diagnosis of cellular fibroma is usually made after the entire ovary is surgically removed and sent to a pathologist for examination under the microscope. Microscopically, the tumour is made up of long thin cells called spindle cells. The spindle cells are usually arranged in branching groups called fascicles and are surrounded by dense connective tissue that may be described as hyalinized or fibrotic. The density of spindle cells (the number of cells in a given area of tissue) is higher in a cellular fibroma compared to the more common ovarian fibroma. A small number of dividing tumour cells called mitotic figures may also be seen. Tumours that show an increased number of mitotic figures are called mitotically active cellular fibromas. Large tumours or those that have been present for a long time may undergo a series of degenerative changes including hemorrhage (bleeding into the tumour) and infarct-type necrosis (cell death as a result of decreased blood flow).