This article will help you read and understand your pathology report for spindle cell lipoma. 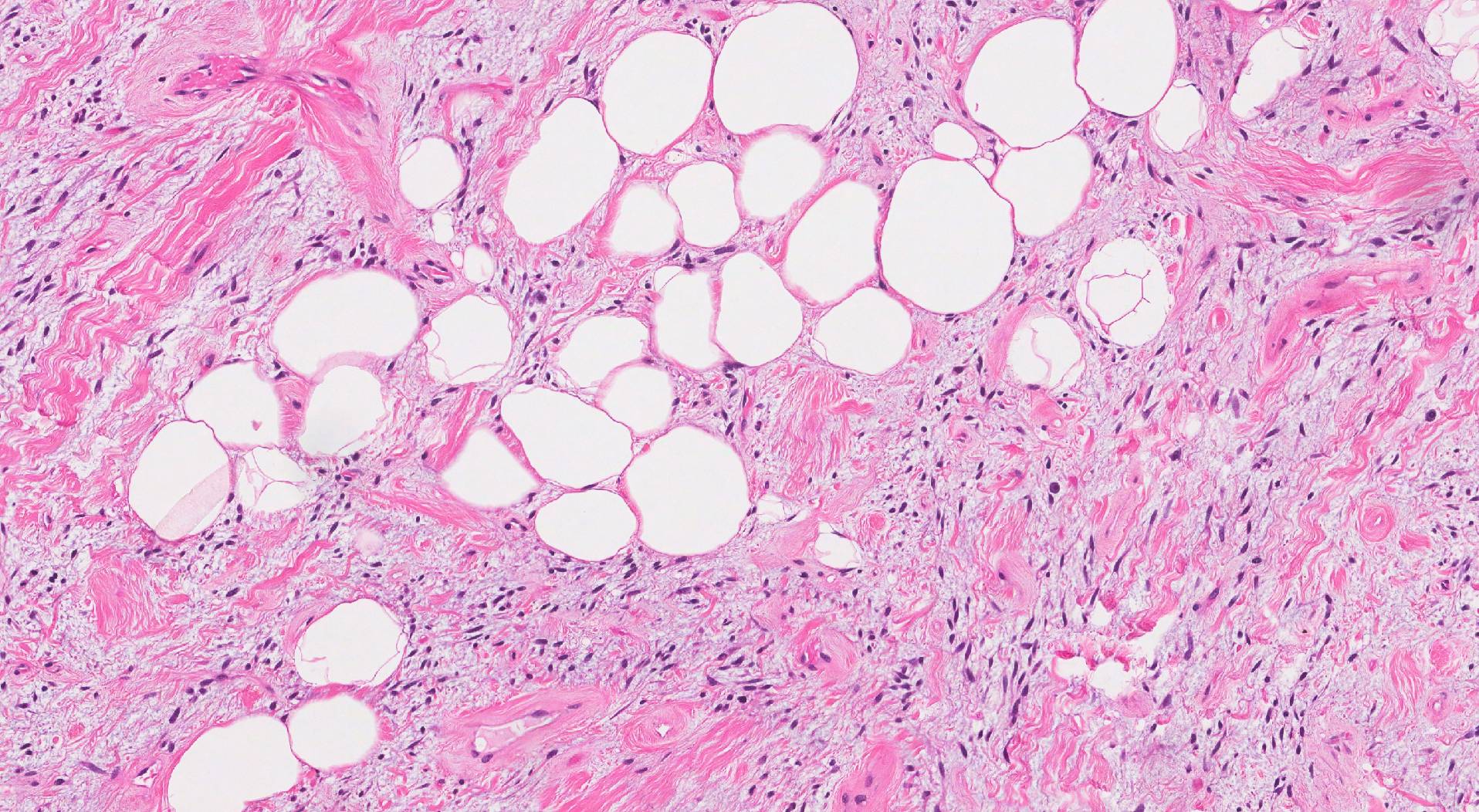 The anatomy of fat

The human body is made up of many different types of tissue. Fat is a special type of tissue that is found throughout the body. Fat is made up of large cells called adipocytes that look clear when viewed through a microscope.

What is a spindle cell lipoma?

Spindle cell lipomas are non-cancerous tumours made up of fat and spindle cells. Another name for this tumour is a pleomorphic lipoma.

Spindle cell lipomas commonly grow around the upper back and neck but can start almost anywhere in the body. Most grow just under our skin where they feel like a soft lump.

The tumour is usually surrounded by a thin layer of tissue called a capsule, which keeps the tumour separated from the surrounding tissues. The capsule also makes these tumours relatively easy for your surgeon to remove.

The first diagnosis may be made after a small sample of tissue is removed in a procedure called a biopsy. Surgery can then be performed to remove the entire tumour.

Your pathologist may order a test to see how many copies of MDM2 are present in your tumour. A test called florescence in situ hybridization (FISH) is commonly used to count the number of MDM2 genes in a cell.

A normal copy number confirms that the tumour is a non-cancerous lipoma.