Melanoma in situ of the skin

What is melanoma in situ?

Skin is made up of three layers: epidermis, dermis, and subcutaneous fat. The surface and the part you can see when you look at your skin is called the epidermis. The cells that make up the epidermis include squamous cells, basal cells, melanocytes, Merkel cells, and cells of the immune system. The squamous cells in the epidermis produce a material called keratin which makes the skin waterproof and strong and protects us from toxins and injuries. 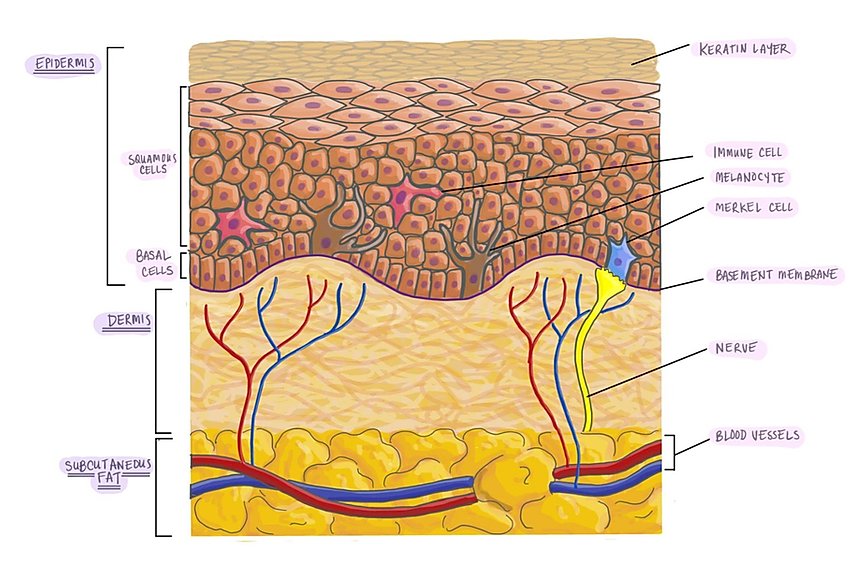 Without a microscope, melanoma in situ can look like a dark brown or black growth on the skin. The growth usually has an irregular shape and it may be difficult to see where the growth ends and the normal skin begins (the border).

When examined without a microscope, melanoma in situ can look very similar to a type of cancer called invasive melanoma. The only way to tell the difference between these two conditions is for your doctor to remove a small sample of tissue in a procedure called a biopsy. Your pathologist will then examine the tissue under the microscope and make a diagnosis.

The diagnosis can also be made after the entire tumour is removed in a procedure called an excision. If the diagnosis is made after a biopsy, your doctor will probably recommend a second surgical procedure to remove the rest of the tumour.